Now that our river trips have come to an end, our visits to the river will become less frequent. We shall however, endeavour to keep you informed of how our beautiful Broadland is changing through the winter.

On Thursday, our skippers Giles and Tobi ventured out on bright and chilly morning to ferry contractors from Salhouse Broad to Hoveton Great Broad Nature Trail as part of the Hoveton Wetlands Restoration Project. This gave us a perfect opportunity to see how the wildlife has been affected now that the boating season has effectively come to a close.

Whilst heading across Wroxham Broad, two particular groups of birds stood out. Near the Yacht Club were four Great crested grebes; usually these birds are quite territorial and upon closer inspection it turned out that one of the grebes was still showing the stripy head feathers of a juvenile, hatched this year. 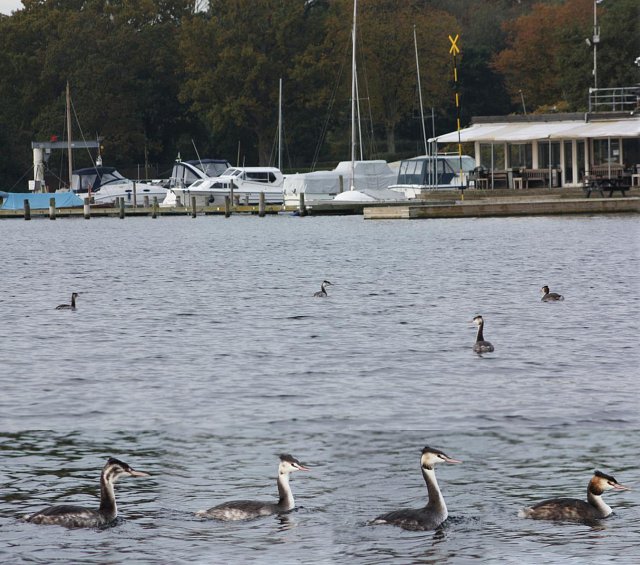 At the downstream end of the Broad a large group of fifty or more Tufted ducks were gathered. This was a welcoming sight as the Tufted ducks had seemingly disappeared last week, most likely due to the hustle and bustle of the October half term. They are quite shy birds, as you can see in the photo as they scarpered when the boat got too close! 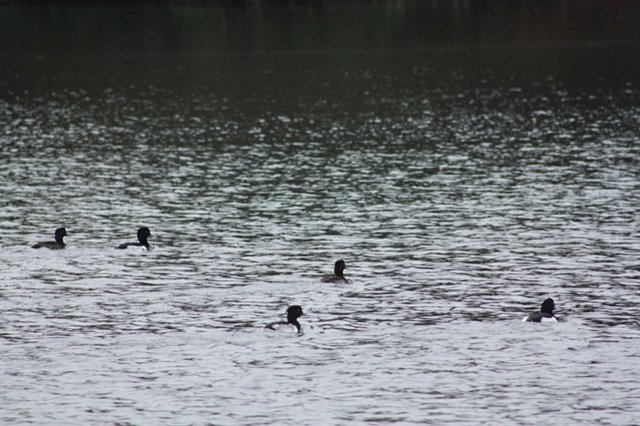 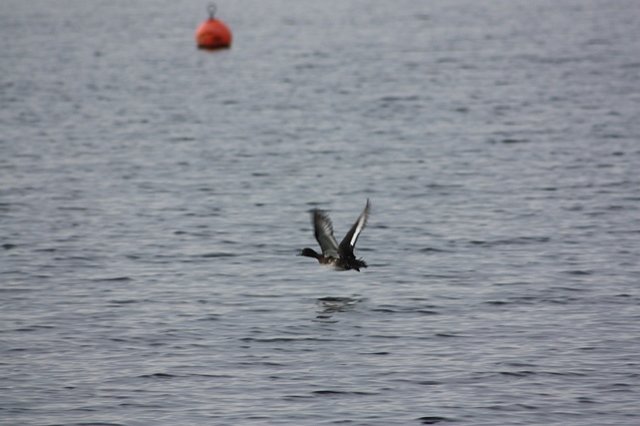 The autumn colour found on our riverbanks is ever changing: at the end of September we showed how our Silver birch is turning from green to golden yellow (below, bottom right). We are now seeing the colour cascading down the tree with many leaves falling and littering the river, joined by the red rosehips on the  Dog rose (below, top left) and even brighter berries on the Guelder rose whose leaves are a deep purply red (below, top right). The final picture in our quartet shows the brightest of reds and a fantastic addition to the bank, particularly when the rest of the leaves have fallen, leaving the banks drab and bare. This is the Dogwood, a native to this country, is mostly found in hedgerows but also gardens in our local villages as well as the river banks. 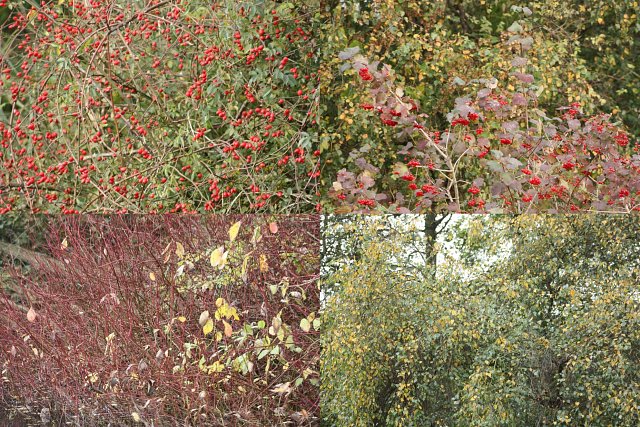 In addition to our usual suspects, flying overhead we have seen flocks of field fares and a ‘desert’ of lapwings. At one point, a sparrow hawk was even spotted! The Lapwing holds a ‘red’ status and whilst resident, isn’t usually seen in our area during the summer but moves from upland areas to lowland fields for the winter. The extensive farmland surrounding the Broads and grazing marshes gives them plenty of options. The Fieldfare is a type of thrush which looks and acts like a mistle thrush. It is worth looking out for these birds as they move to different feeding areas.

One of our boat builders, Brian, reports sighting a Hen harrier flying over Wroxham, spotted whilst he was having his lunch. It’s all about being in the right place at the right time! Hen harriers are another species on the red list and seen more during the winter around East Anglia. In 2010, 617 pairs were recorded, so it’s really special to see these once severely endangered birds. By comparison, the Marsh harrier which is not necessarily considered a rare sighting in these parts has national numbers of 320-380 breeding pairs, which is less even than the Golden eagle (440 pairs)!

We will aim to keep you updated with photos and observations on the progression of winter on the Broads, so watch this space!