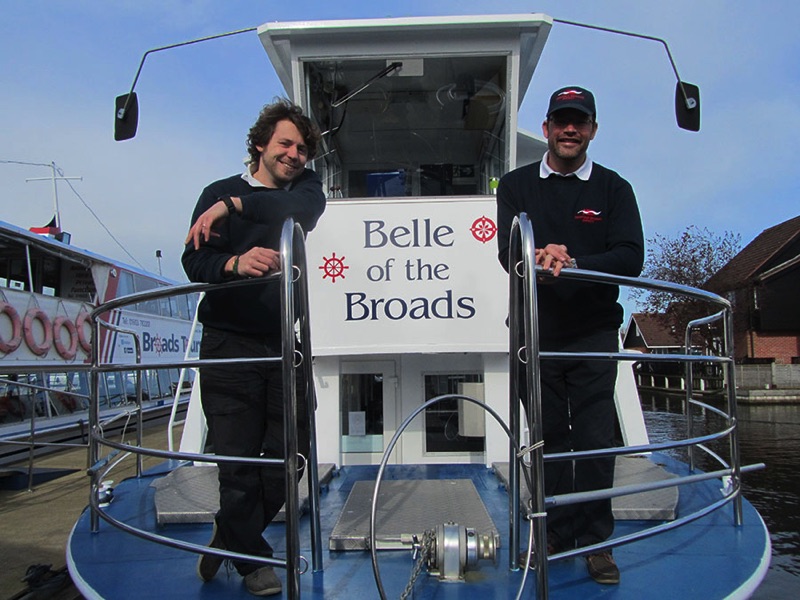 Spring is swooping into life with the arrival of Swallows on Wroxham and Salhouse Broads. Tobi reported three Swallows on Salhouse Broad on 6 April which is, according to his sightings record, about six days earlier than last year. Now the area is scattered with these lovely little birds flitting low over the water to drink mid-flight and catch insects.

A wonderful matrix of trees and plants are coming into leaf and our river bank greenery includes willow, sycamore, wild raspberry and wild blackcurrant. All this is giving nesting birds a little more shelter, coverage and camouflage – so we are keeping our eyes peeled to spot them.

There are at least four active pairs of Grebes on Salhouse Broad, which are going about their majestic courtship dances and building their fantastic floating nests at the water’s edge.

We are keenly watching a pair of swans that have returned to their favourite nesting spot. Waterfowl tend to be quite habitual and will usually return to the same places to build a nest each year. It worked before, so it will again! 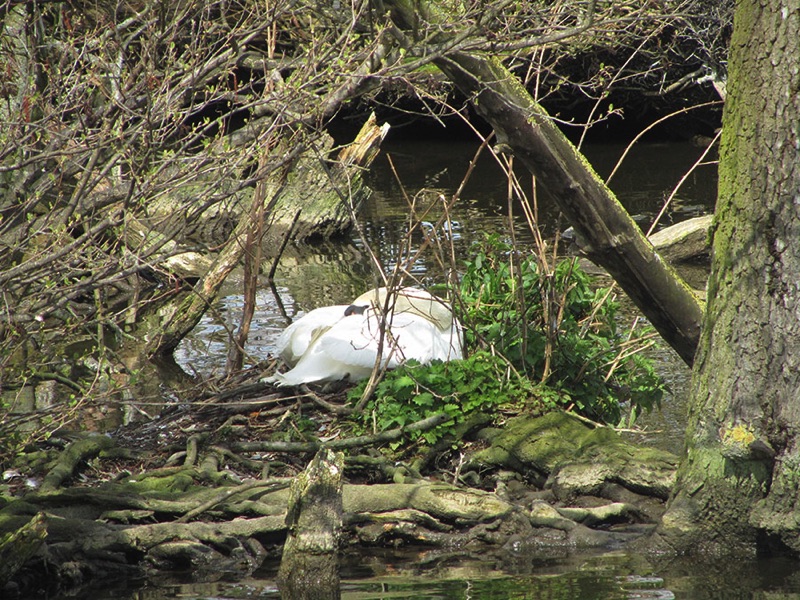 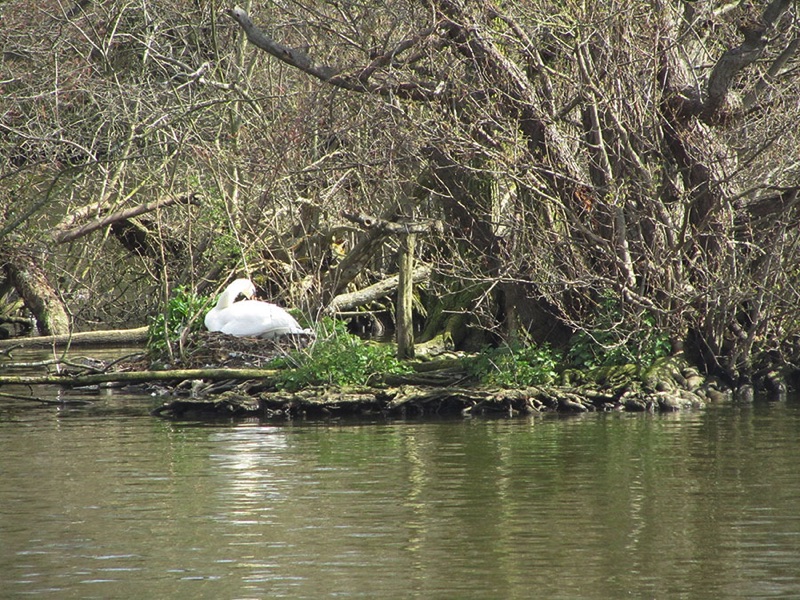 In Wroxham village six gorgeous, newly hatched ducklings took their first steps, and will be eagerly watched over the coming weeks to see how they progress. Egyptian geese are also rearing their new families as shown by this gorgeous picture: 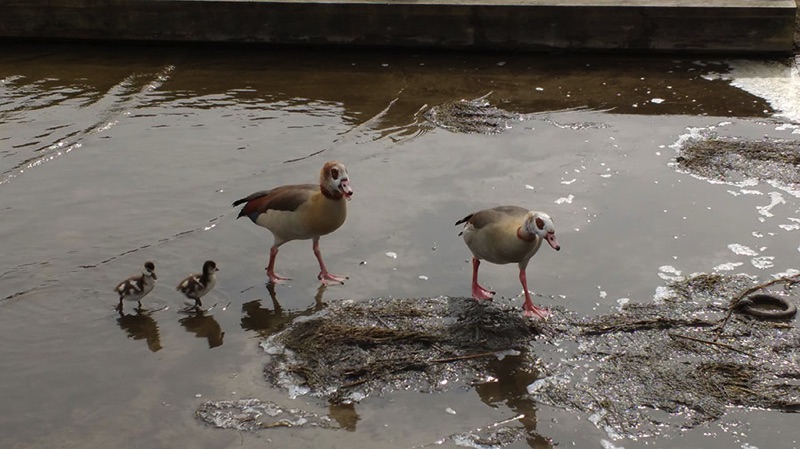 One interesting fact about Egyptian geese is that they are not a goose at all and are, in fact, a shelduck. On the subject of geese, we are enjoying watching a Greylag and two pairs of Canada geese nesting on Wroxham Island as well as a few more further downriver. 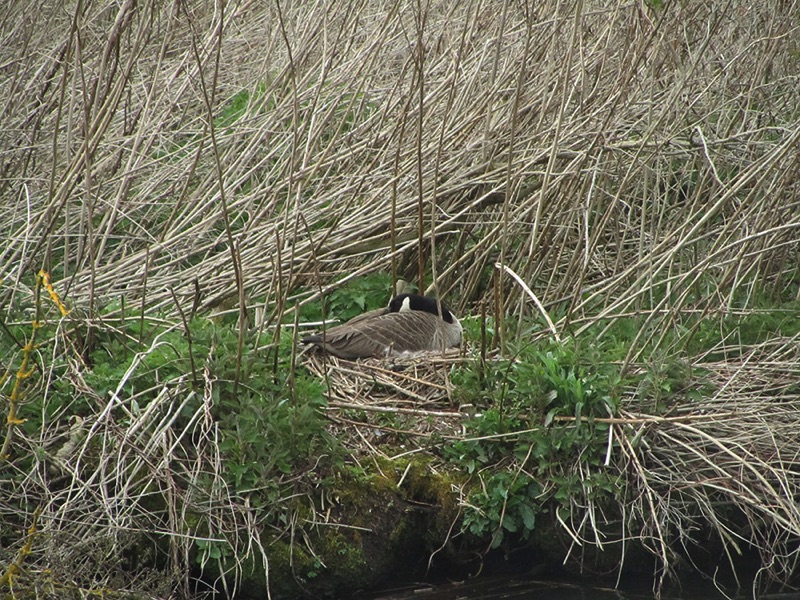 Some birds have yet to nest, which leaves something to look forward to. Herons have been spotted flying overhead with twigs in their beaks heading for a secretive heronry.

We also spotted the only bird of prey that doesn’t build its own nest – the Kestrel – as shown in this photo taken over Wroxham Broad. 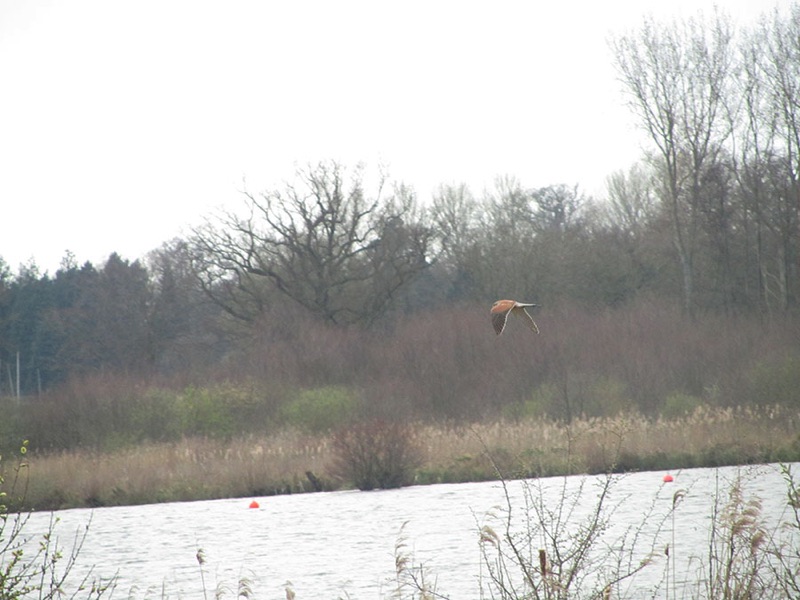 Instead of building a nest Kestrels will take over old nests from other birds or use suitable sites in trees, on cliff edges or even in man-made structures. Keep an eye on our social media feeds and blog to remain up-to-date on the river happenings… Better still join Tobi or Oliver on one of their daily boat trips!