As spring marches on, the river is a hub of activity with birds bringing up their broods. Capturing everything on camera ourselves can be a real challenge – especially now the river is busier and we have much thicker bankside vegetation for wildlife to get a little photo in. Fortunately we have lots of guests on our boat trips armed with cameras and smartphones, who send us some cracking shots.

Here we have a couple of lovely photographs from one of our school tips on board the Discoverer for an educational outing to Hoveton Great Broad Nature Trail. Congratulations to primary school students Ellie and Poppy, who caught a young swan family on camera where the cygnets had bundled onto mum’s back for a bit of protection. 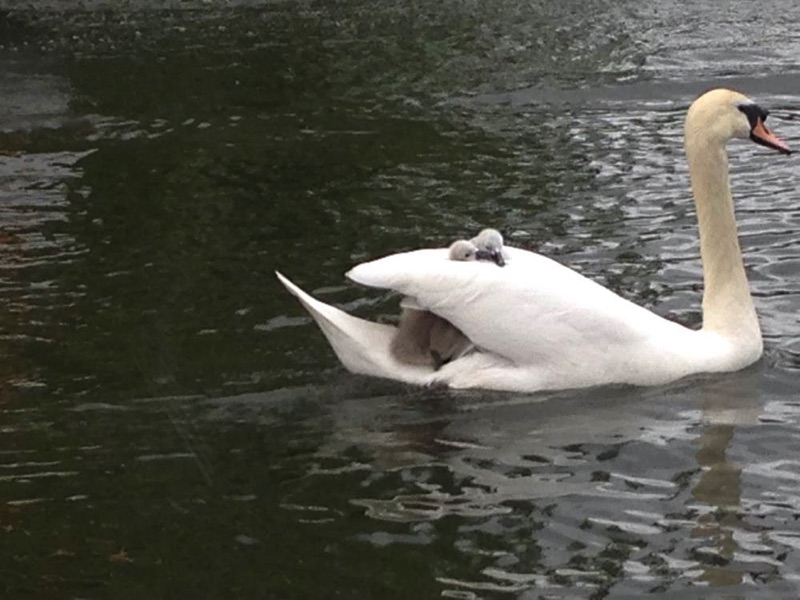 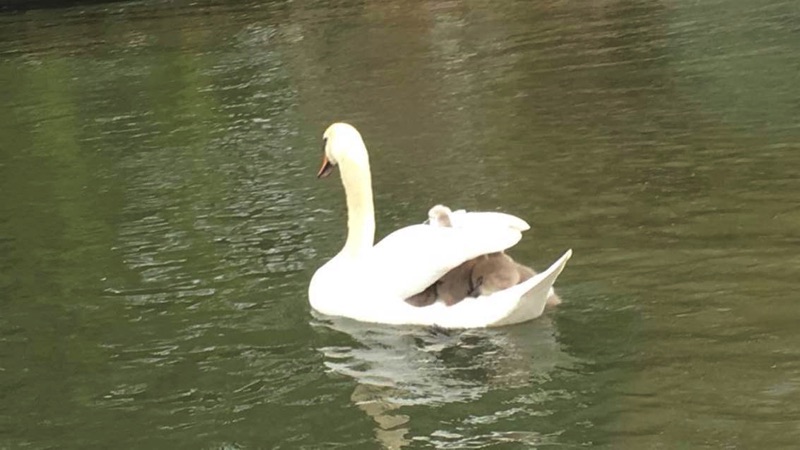 On the stretch of the River Bure covered by our one-and-a-half and two hour trips we now have three swan families with six or seven cygnets each. 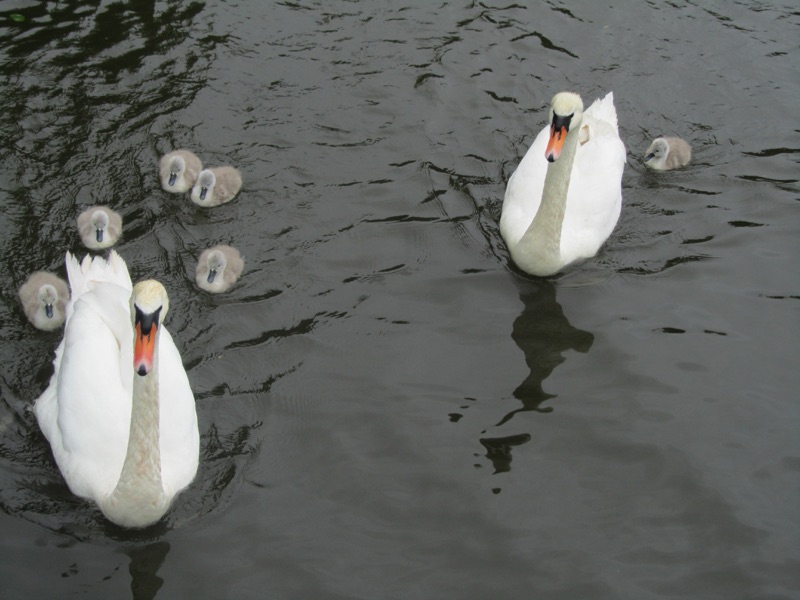 It’s not just the swans that look after their young by offering them a ride on their backs, look out for the Great Crested Grebes who also give their young a piggyback. Salhouse Broad is a real hotspot for Great Crested Grebes. At least one brood of Great Crested Grebes have already hatched and we have seen them riding on their mother’s back as shown by these lovely pictures taken by Tobi and Oliver. We are also keenly awaiting a second nesting pair that has been hidden away in the undergrowth. 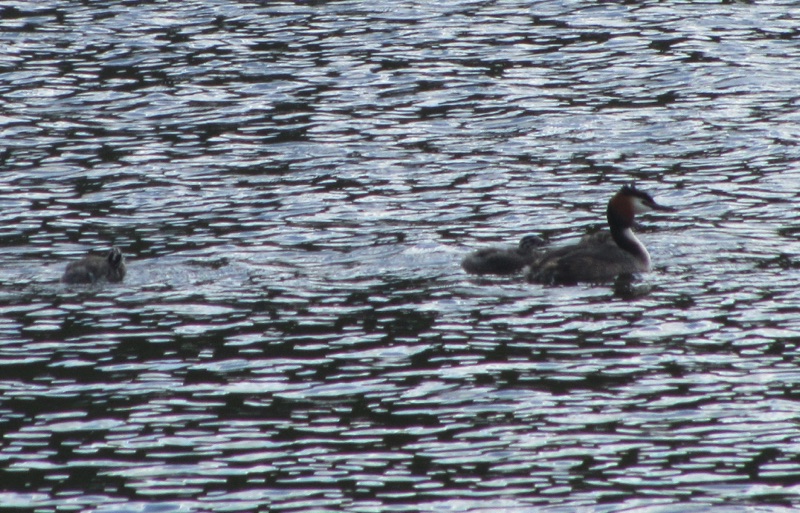 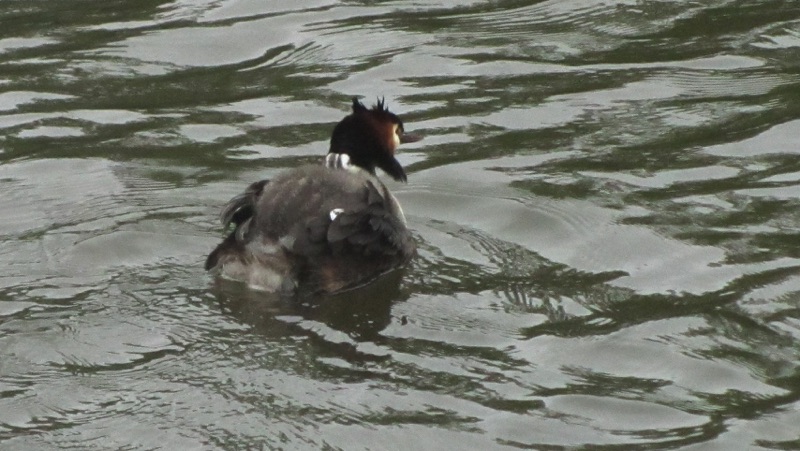 A water bird that builds floating nests for its young in the same way as the Great Crested Grebe – the Coot – has just hatched its young on Salhouse Broad. This is really good news as Coots, which were once extremely common on the Broads, seem to be very few and far between these days, perhaps due to the harsh winter of 2010. Hopefully we will have some pictures of the newly hatched coots soon!

Of course there are plenty of Greylag, Canada and Egyptian geese with their goslings to see too. These are mostly found in the gardens of Wroxham and Hoveton where there is plenty of grass to graze upon. 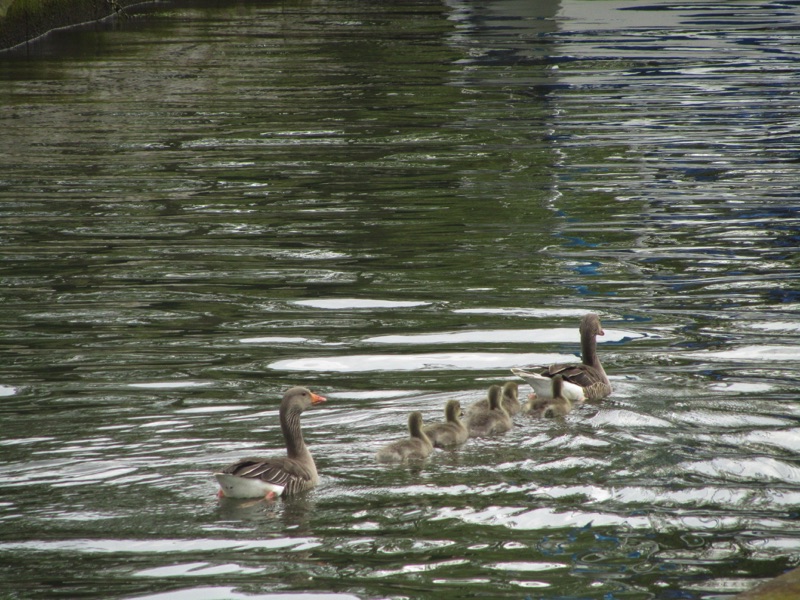 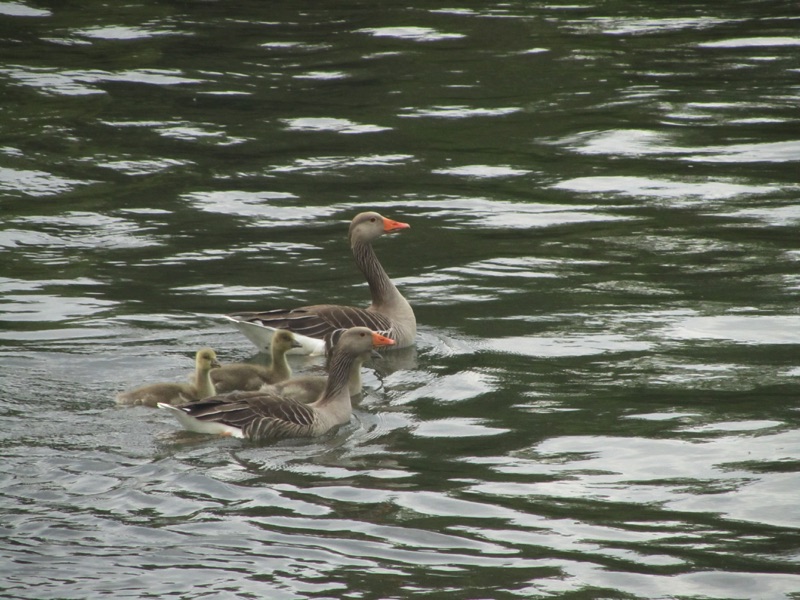 Remember, we would love to see your wildlife photos, so send them in with your name and they may feature on one of our nature blogs or on social media. Simply send them to info@broads.co.uk or via Twitter @BroadsTours or Facebook by searching Broads Tours or Instagram norfolk_broads_direct.